What are the 20 Major differences Between Artery & Veins? 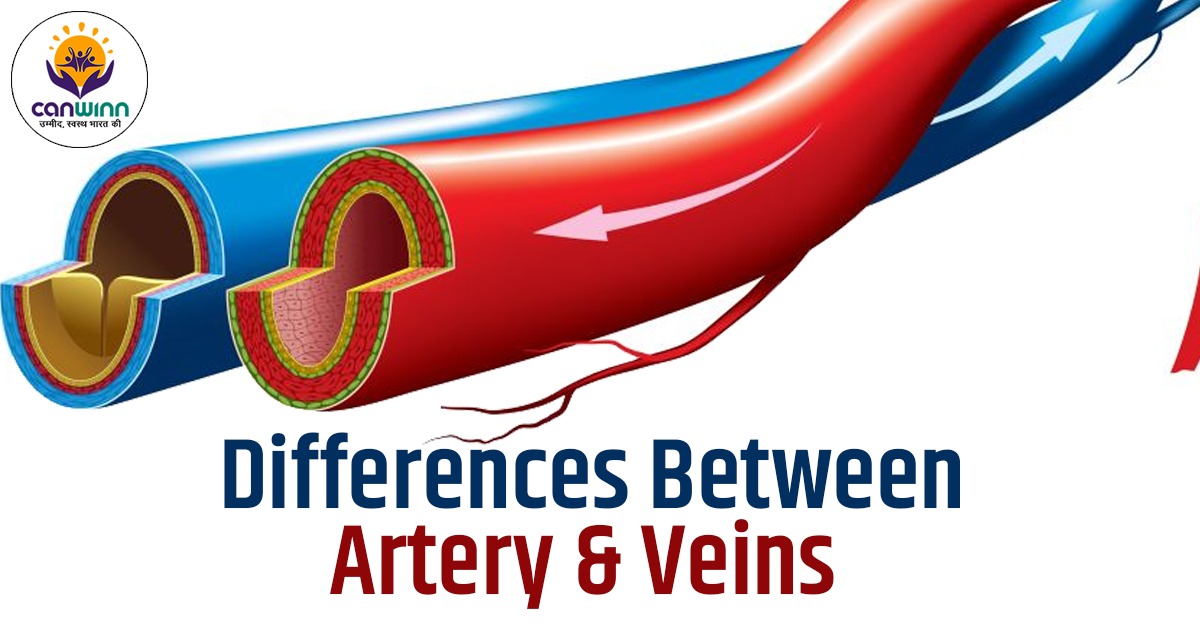 As you all are aware of the fact that arteries and veins both are associated with the circulatory system of our body. Today, we will know the differences Between Artery & Veins.

According to human physiology, arteries are the type of blood vessels that works as delivering oxygenated blood and other nutrients from our heart with the tissues of our body.
In soft tubes, it is the muscular tube that consists of three layers.

The three layers are known as the media, the intima, and the adventitia. During the pumping action, these soft tissues deliver blood under the high pressure exerted by the heart.

The innermost layer of the wall of an artery is intima. This intima is also known as tunica intima. As this layer is the innermost layer, it is in direct contact with the flowing blood. While tunica media is the middle layer of the artery wall. It consists of elastic fibers and smooth muscles. At last, the outermost layer that covers the arteries is the Adventitia or Tunica Adventitia. This Adventitia is consisting of the connective tissue, the elastic fibers, and collagen.

Considered has the largest artery as arises from the left ventricle of the heart. This artery is known as an aorta. And aorta contains many small branches that are known as smaller arteries.

In order to regulate the fluctuating pressure during blood flow, the arteries and the arterioles possess more smooth muscles. The heart pumping is responsible for the pressure and it happens in two phases:

The veins are known to carry the waste product and the deoxygenated blood. More clearly, the organs and tissues of our body use oxygen that is present in the blood to perform their function. In return to this, they produce waste products and carbon dioxide back to the blood. Both of these things are then carried by the veins. Therefore, the function of the veins is completely opposite to the function of the arteries.

After the going through of deoxygenated blood in the heart, it is sent to the lungs where carbon dioxide replaces the oxygen. Now again, this is taken back to the tissues and organs of all parts of the body through the arteries.
In our body, veins are also presented in different sizes but it depends upon the location and function.

Both arteries and veins play a crucial role in the body’s circulatory system by carrying blood. Their functions might be different from one another but any defect in any of them can cause a problem to the whole body.
Therefore, if you feel anything wrong with these, you should consult a doctor. 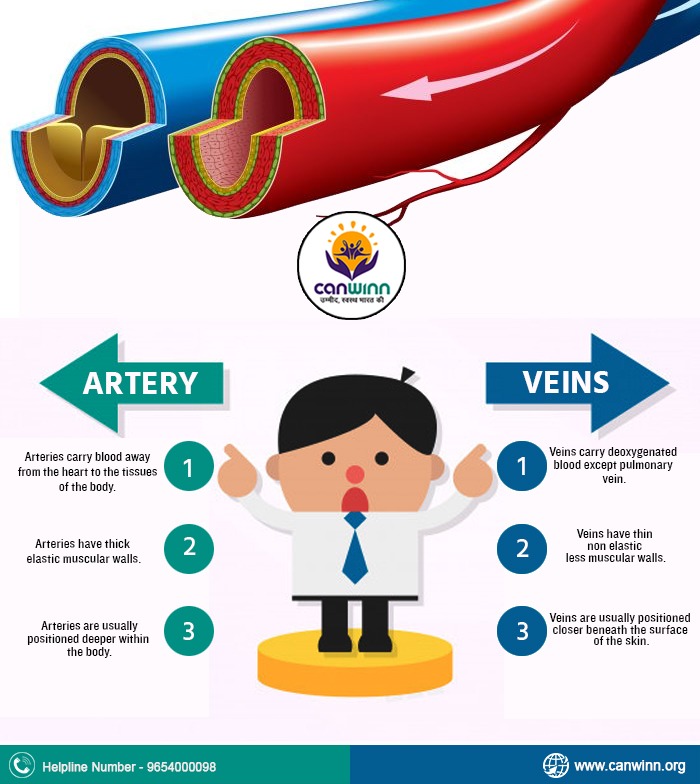 Know more about Canwinn NGO Gurgaon, Haryana - We care About You

Canwinn NGO Gurgaon, Haryana has been helping people since it's...

Dengue is not a contagious disease but a mosquito-borne disease...